As we said in the previous blog, the concept of Doughlings: Arcade designed in the mid-’00s and graphics made in 2012. So it looks like a little bit archaic. Of course, we love graphics of Arcade, because we put our love and long sleepless and lots of coffee nights into it. But making graphics in 2012 brings some problems together.

In Doughlings: Arcade there were 90 playable levels but only 9 backgrounds. So players feel repetitive backgrounds a lot and complained about it. Also at one point, every level took 15 minutes to complete so they saw the same background a lot. Arcade was like an illustration and airbrush techniques were used. Because of that, we change this situation in Doughlings: Invasion.

What Are We Going To Do

We approached Invasion’s visual style more modern. Using more “cartoonish” visual style for the appeal to modern standards. We removed highlights and show more borders of characters. Doughlings: Invasion seems like more “comic”.  We are using the Parallax scroll technique so the player can feel progress and depth more. There are 5 backgrounds for 5 different levels.

Also, we changed the GUI too. We simplified it because Doughlings: Arcade was close to mobile style but Doughlings: Invasion is purely designed for consoles and PC. GUI shrank a little bit especially HUD, so we can take advantage of the screen more effectively. 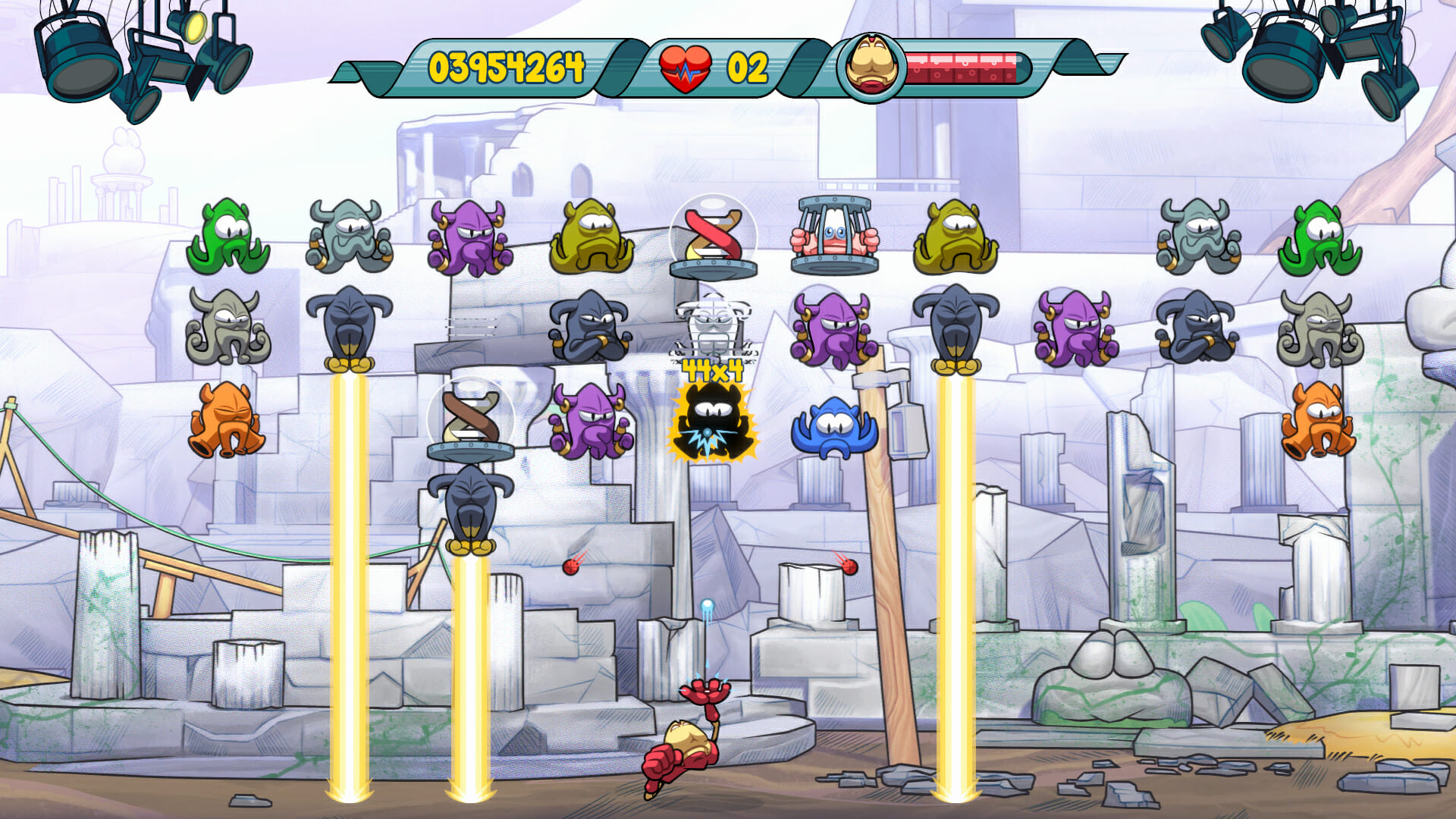 A screenshot from Level 5 – The Hill

Choosing a character and enemy style was very challenging for us. Because the game is an arcade shooter and has tons of action. Norse mythology comes to our aid and inspired us about our beloved enemies. Our personas come from many different subcultures. So you will find many hidden references as you progress the game.

We are very excited to hear your feedback. See you soon at our next development diary.