Hello and welcome to the fifth developer diary for Doughlings: Invasion. We wrote some cool stuff at other dev diaries. So you might want to check them out too! Today we would like to talk about controls of Invasion and our point of view to controls.

Unlike the other dev diaries for Doughlings: Invasion, today we talk about more technical stuff. Unity’s input interface wasn’t enough for us, so we write it from scratch. Because when we were developing Arcade, that interfaces caused a little bit of trouble to us. We don’t want to limit our players. The players should choose to play with a gamepad or keyboard setting according to their gaming comforts. Making a control friendly game was a little bit complicated in Unity’s interface.

We wanted this control friendly situation in Doughlings: Invasion too. We learned a lot about control mechanism and how to improve them for more “player friendly”. We tried to give the freedom we wanted for the players. By the way, that doesn’t mean Unity is a bad engine but what we want was more complex then Unity’s input interface. 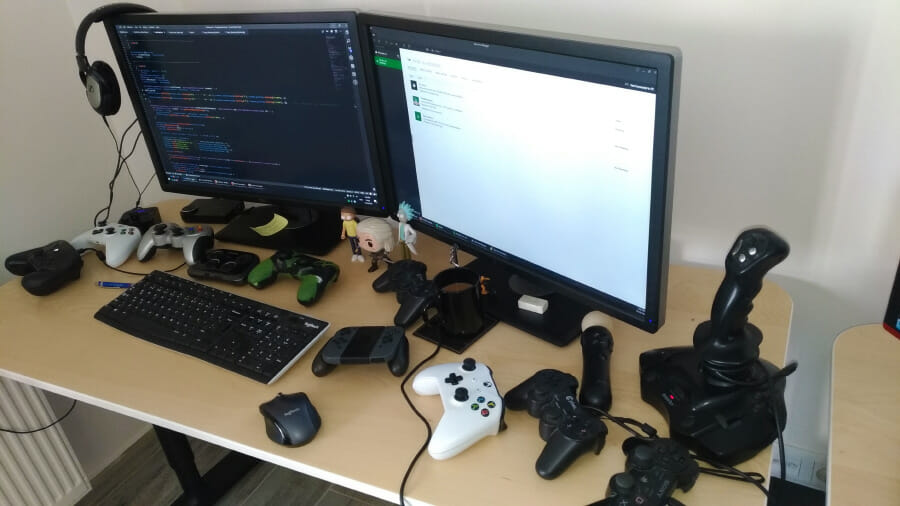 The hardest part was approaching to inputs. They are really important in a videogame because those inputs define how player interact with the game world. So we entered a pre-research phase before start coding. Another difficult part was gamepads doesn’t have a standard. Yeah, they look alike but their control mapping could be really different. So we had to find controllers and inspect their mapping to support them for our game. What we try to do in Arcade was, when a player touches something on Gamepad, it has to be functioning. So mapping those controls was another important phase for us.

On Windows we support X-Input and for the consoles, we support their native input interfaces. Also on Windows, we support HID devices too. We wrote Joystick interfaces in C and C++. It took 1 week for implementing inputs for each platform. So it takes lots of times, lots of testing and lots of feeling of success.

We are very excited to hear your feedback. Hope to see you soon in another development diary for Doughlings: Invasion.